← more from
Yeggs Records
Get fresh music recommendations delivered to your inbox every Friday.
We've updated our Terms of Use. You can review the changes here. 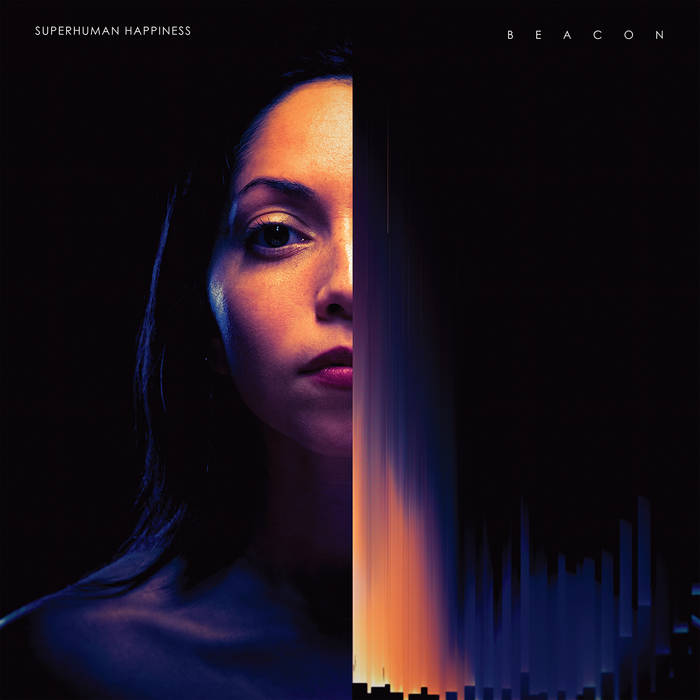 majikcaesar Superhuman Happiness has adopted an entirely different sound... what used to be childish and playful has developed into a mature, even angsty sound. I blame the current state in the world. Nevertheless, the vocals from Dia Luna and the instrumentals by Bogie and the gang are as impressive as ever. Still, this album leaves me longing for another S.H.H. record like Hands where, when you put it on the turntable, you know good times will be had. Favorite track: Beacon.

Superhuman Happiness is a musical collective led by Brooklyn multi-instrumentalist Stuart Bogie, who is known for his work with Arcade Fire (2013-present), Iron and Wine (2010-2013), TV on the Radio (2007-2009), and Antibalas (2001-2012). The group has announced their third full-length album, Beacon, which marks the 10-year anniversary of the band, and arrives October 19 via their new label, Yeggs Records.
Beacon features vocalist Dia Luna alongside Bogie and longtime collaborator, Eric Biondo. Special guest appearances by Richard Reed Parry (Arcade Fire), Colin Stetson (Bon Iver, Cold Equations), and Dave Harrington (Darkside) bring distinction and new character to the sound of the album.

While Superhuman Happiness has earned a reputation for ass-shaking, euphoric dance music, this collection of songs takes a darker and more emotional turn. Written and recorded in the haunted attic of an old carriage house in Pittsburgh, the album delves into themes of sacrifice, isolation, and rebirth. Nevertheless, Bogie’s ability to consistently inspire his collaborators is the catalyst for an emotional journey through darkness that never loses sight of redemption. A beacon.

Bandcamp Daily  your guide to the world of Bandcamp